Limestone has been extracted from the Peak District hills since Roman Times, and has been moved by rail to various places for over a century. For around eighty years dedicated trains of limestone have been rolling into Cheshire – Northwich’s chemical industry, to be precise – and the process is still going on. Join Railfilms Lts as we look at the history of the famous hopper trains – from initial inception by the LMS, through the steam era, trials with early diesels, the classic growl of pairs of class 37s which worked the trains for so many years – through to today’s class 60s and 66s with modern air-braked wagons. You can experience the sight and sound of one of the longest freight flows in the UK which isn’t going to die just yet, and meet the men who made it happen on a daily basis. And there’s a lot more of Derbyshire left to move! Programme contains rare archive from a variety of sources and formats. 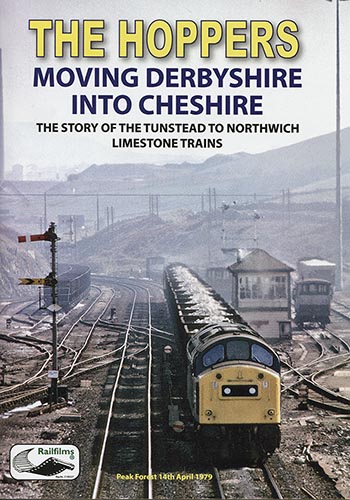 The Southern Railway built 140 Pacifics, 2nd only to LNER on which the eminent railway engineer Oliver Bulleid first worked with his ideas. Bulleid went on to be the Chief Mechanical Engineer of the Southern Railway and although only 8 LNER Pacifics have been preserved, 30+ Bulleid’s are in the hands of preservationists today. Many of these are still in service on mainlines or preserved railways.

This programme shows many of those that have been working in the 21st century. Perhaps the most notable of which was the very first locomotive of the class which was ultimately rebuilt built by British Railways – No:35018 British India Line, affectionately known as BIL.

After looking at the locomotives in their last service days in the 1960s we look in detail at each survivor over half a century further on. 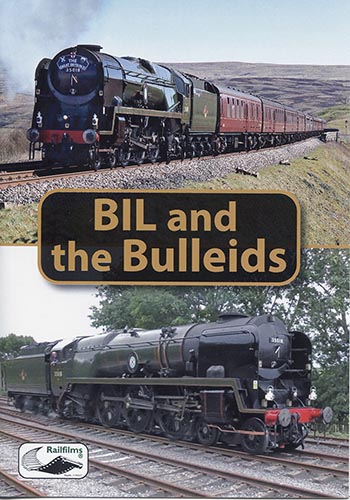 From small beginnings in 1966 the Porters Hill Railway grew and grew until now it offers an exhilarating journey through farmyard and pasture, fields and rural stations.

Brian Rogers’ fascination in railways led to the development of this unique, private, 7¼”gauge railway. Porters Hill is a challenging railway and needs powerful locomotives. It’s ideally suited to narrow gauge designs like the Tinkerbells and two of Roger Marsh’s first production batch of Tinks are based at Porters Hill.

With gleaming brass work and polished livery they are seen in action throughout this fascinating programme. Take a 15 minute journey around the track from a unique vantage point. The development of the Porters Hill line would not have been possible without the stoic support of Brian’s wife Pru. We hear both from her and son Seamus on how it happened. It’s a railway built with a very generous helping of enthusiasm and supported by a band of dedicated friends and helpers.

With day and night running featured, here is a railway full of charm and atmosphere , the result of one man’s interest and infectious enthusiasm!

© Railfilms Ltd / Nick Dodson 2016
Please note: The Porters Hill Railway is a private location and not open to the public. The producers and distributors of this programme respectfully request that the privacy of the owners be respected at all times. Thank you. 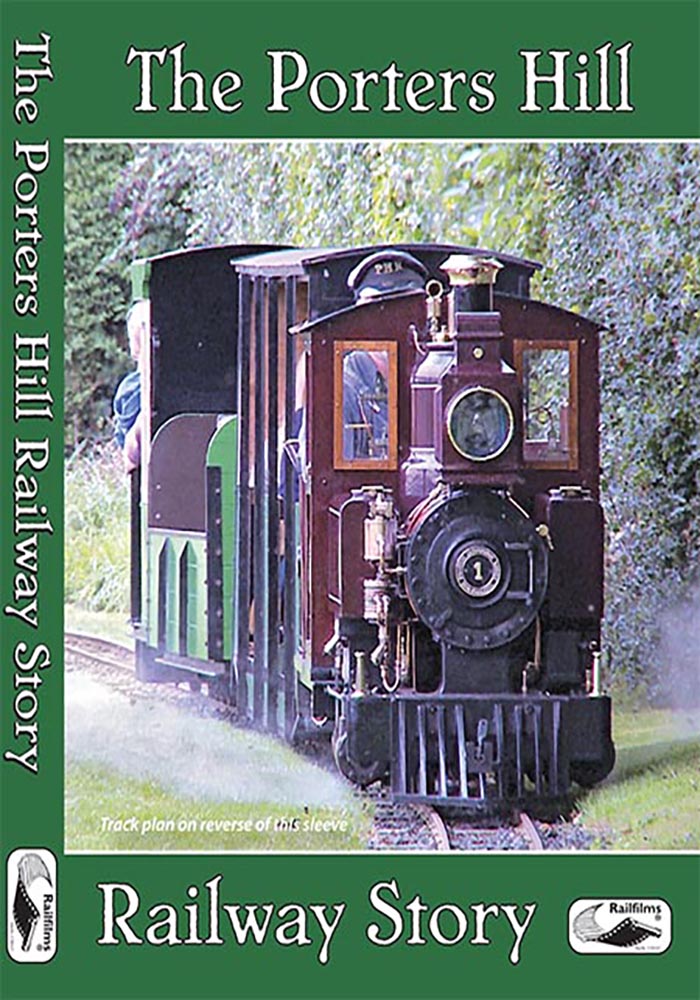 The Sutton Miniature Railway began as a 10.25” gauge fairground line in 1907, but was re-constructed the next year on the 15” gauge as pleasure-seekers flocked for the ride. But the Great War ended operations and for two decades, the line existed in memory only.

Then in the late 1930s, the railway was re-established on a lengthened parkland layout. It ran throughout the Second World War and reached its heyday in the 1950s, when, with an enlarged fleet of notable locomotives and rolling stock, it earned a reputation for engineering excellence. On a visit to the famous Romney, Hythe & Dymchurch Railway in 1959 , one of its locomotives gave a 'main line' performance that more than fulfilled all expectations.

Changes in leisure patterns brought closure in 1962, but the determination of the then owner Bill Hunt kept the whole collection in secure storage until the Millennium when assistance from the Heritage Lottery Fund enabled the Sutton trains to run once more, at Cleethorpes, on the Lincolnshire coast; here they have been the mainstay of operations for many years. Visits to notable events elsewhere have since brought the Sutton story to a new generation of enthusiasts.

This fascinating story, told here with extensive footage from the line's post-war heyday, includes a priceless 15-minute original film of the historic RH&DR visit of 1959. 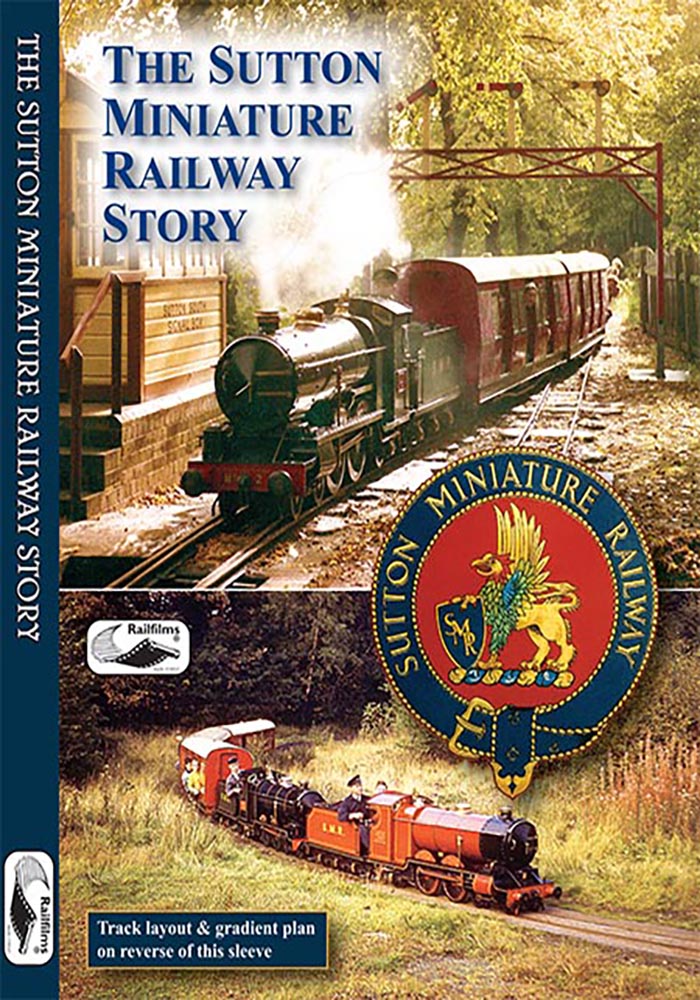 Still Steaming On!
The story of the Downs Light Railway DVD

When in 1925 headmaster Geoffrey Hoyland decided to engage the pupils at the Downs School, Colwall in the construction of a miniature railway, little could he have known how worthwhile this enterprise was to prove. He would undoubtedly have been extremely proud to learn that his railway has survived and thrived, contributing to the education of its followers - the “Engineers”.

This 9 ½” gauge railway, supported by parents, teachers and pupils, provides a myriad of experiences for pupils at The Downs, Malvern. Along its lines they learn about basic woodwork, metalwork, construction, civil and mechanical engineering and, importantly, teamwork outside the classroom.

Their reward is the chance to learn about steam and how to operate their railway, so providing useful practical skills that will last them all their lives.

The Downs Light Railway celebrated its 90th year of operation in 2015.

Today, the Downs Light Railway Trust oversees operations in close liaison with the Downs School. All those involved recognise this historic enterprise as the oldest working 9 ½” gauge miniature light railway in the world.

This programme tells the story of the DLR’s development and how recent challenges of ground drainage on the site have brought the railway to the brink of extinction. The Trust joined forces with a group of parents (the Railway Action Group), along with the Friends of the school and old Downians, to save the line. With funds raised, a contract was agreed in 2015 to rebuild a significant part of the railway and install new drains and landscaping to assist in future maintenance. Now the track can be re-laid with the Downs Light Railway well placed for its next 90 years!

Part A: Still Steaming On! (The Downs Light Railway Story)
Part B: A 1930’s journey along the railway. 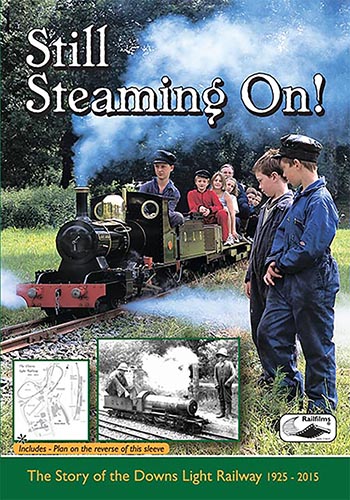